Josafat was born on February 12, 1985. Since he was a child he has shown great creativity, asking for material to create ingenious costumes. But it was not until 2005 when he started in art workshops that his talent truly began to blossom. He is a charismatic young man, who likes to establish very close and permanent relationships. By painting, Josaphat "plays with his painting," creates a story in which he is the protagonist, assuming the roles of a pharaoh, a tiger, a dragon, etc.

Mexican School of Down Art 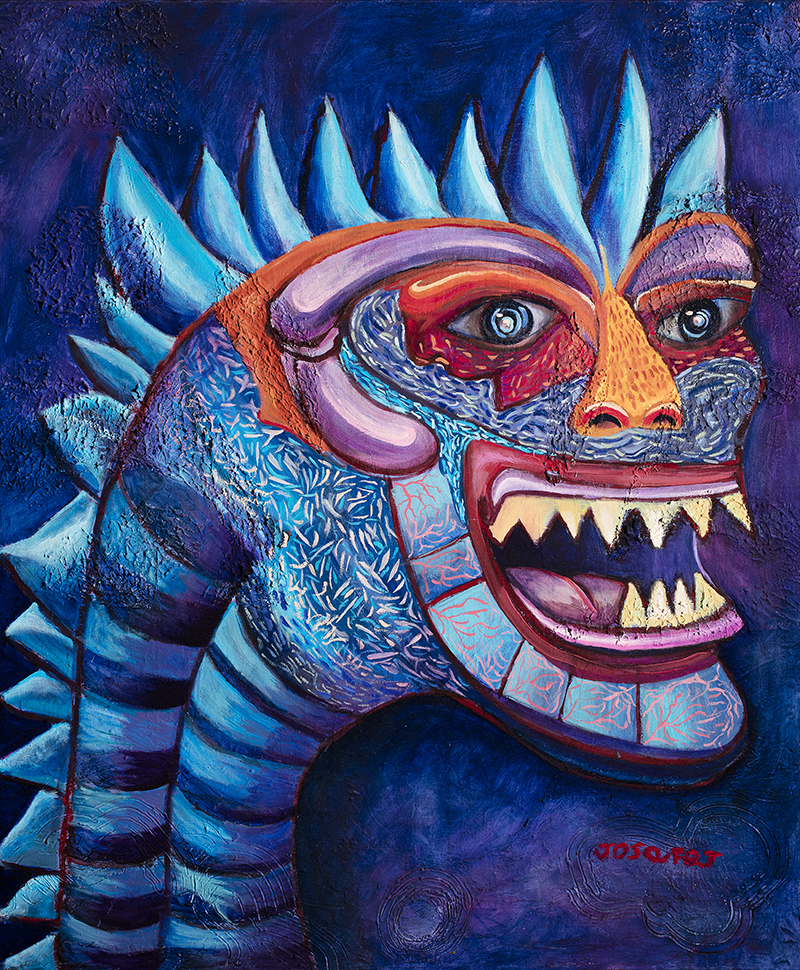